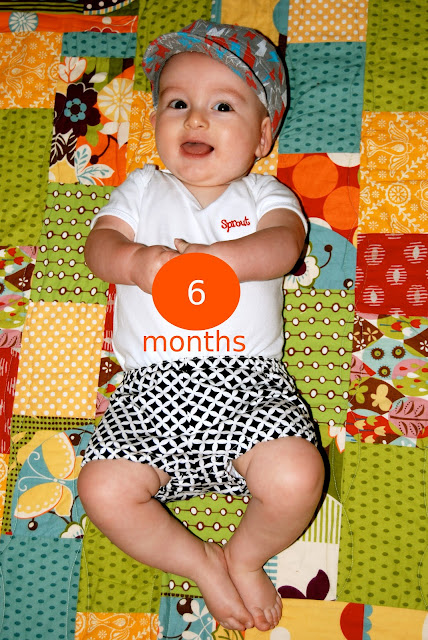 ... and he's ready to go places. He won't be content with rolling much longer; this boy wants to run! He's already trying to crawl and I don't reckon it will be too long before he's off... Dan and I are already taking bets on when he will take his first steps. Fern was 13 months exactly, but we are guessing Elliott might be a lot earlier than that!

His sister thinks he's hilarious. And vice versa. Like any healthy brother/sister relationship its full of laughter and the odd tears. Until now Fern has had the upper hand. "Loook mum, I'm up hiiiiiigh! Looook!"she trilled to me the other day; and when I looked over I witnessed her standing on top of her poor baby brother.

But he's a good sport, my boy-o. Two minutes after I removed my daughter's feet from his stomach he was gazing at her adoringly. And he can get his own back. When she least expects it, he grabs ahold of Fern's hair, and pulls. Hard. She screams like blue-murder and I pretend to be sympathetic, but actually I'm secretly giving Elliott straps for learning to stand up for himself.

And he loves his mummy. We're besties, Elli and I. He's always always got a huge smile for me and despite the fact that he is almost already too strong for me to hold onto, we have so much fun together. Have I mentioned how much I love my son?

This month, we need to learn to eat food. We have it a little bit confused and like to shove our thumb... or indeed our entire hand... into our mouth as soon as the spoon hits it. Most of the food ends up all over him. Or the surface he is eating on. Or me. But we'll get there, I'm sure! 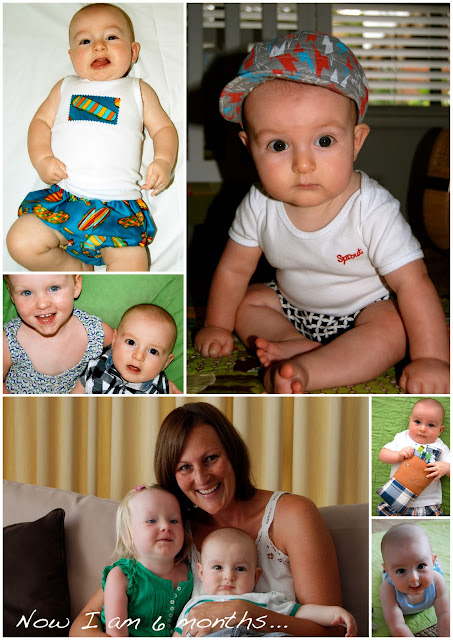