Our Ikea Home Shoot - Behind the Scenes!

Well, we've lived to tell the tale of our shoot for Ikea... but only just! Who knew that having your photo taken all day could be so damn exhausting?!
Our day began way earlier than any of us would have liked, with most of the Ikea shoot team arriving by 8am. The first few hours were complete chaotic mayhem, with boxes and packaging and people everywhere. There was a moment of panic as it was realised that several items of furniture had not arrived and a member of the team was dispatched back to the store (over an hour's drive each way!) to pick some of it up.
Dan and I tried our best to simultaneously appear useful and stay out of the way while the team pretty much tore the house apart! Fern's outfit was deemed too Autumnal (the magazine comes out at Christmas) and I hurriedly chose a more 'Summery' number that she wouldn't totally freeze in:
'Autumn' outfit: 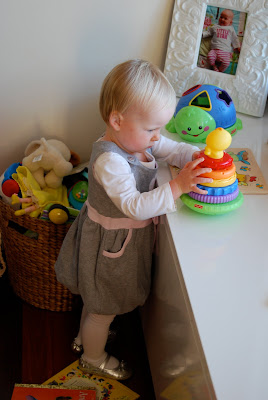 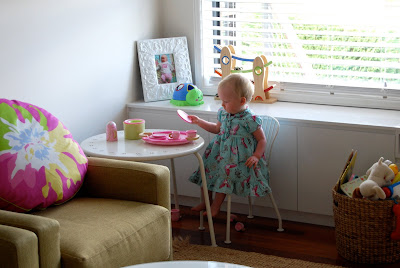 The first shots were set up out the back in the courtyard, but the photographer, Prue Ruscoe seemed unhappy with the shadowy light and it was decided we would go down to Wamberal Beach to have our 'family portraits' taken for the magazine while the stylists got everything organised for the rest of the shoot.
We all traipsed down to the beach, where unseasonably massive swells and strong winds posed a challenge to the photographer, who was trying her best to depict an Idyllic Summer day! Fern was an absolute trooper (by now we realised SHE was the real star of the show!) and I think they managed to get some good shots. Here's a little behind-the-scenes peek: 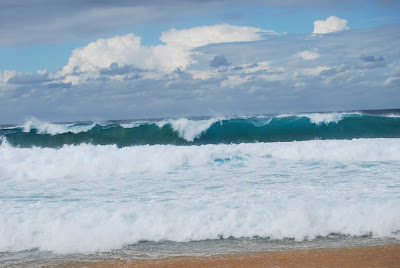 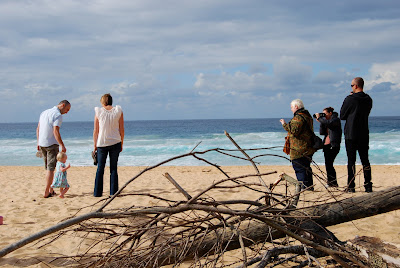 When we arrived back at our place, things were a little calmer... some photos were taken of us out the back, and then the living room and kitchen were photographed.
The courtyard. New Ikea items: seat cushions, metal hurricane lamp, white vases and the 3 coffee tables (which I love!): 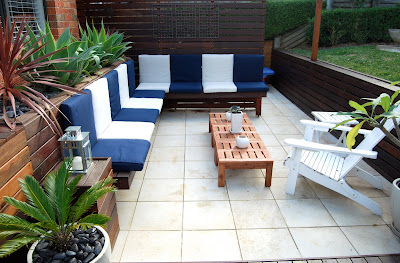 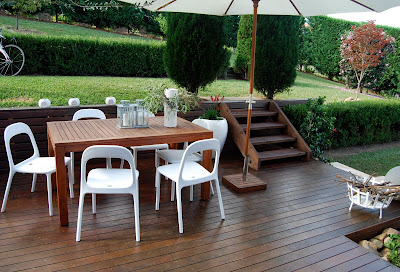 It took ages to get the living room right, but I really love what they did with it! Loving the mixture of lime green, turquoise, white and hot pink. I am also totally loving this Svarva lamp (barely noticeable in this pic on the white TV cabinet), a last minute addition and possibly my favourite piece of the day. 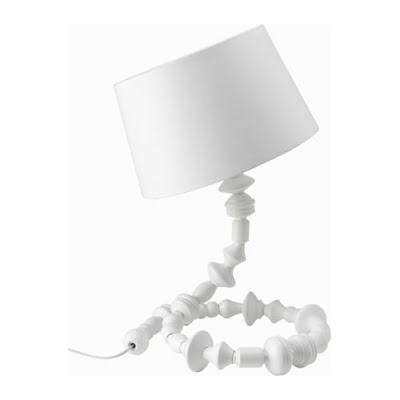 My photos don't really do the room justice, but here's an idea:
Ikea items: the lamp, Strind coffee table, Karljohan side table, Minnen children's table and chair and the black and white cushions. 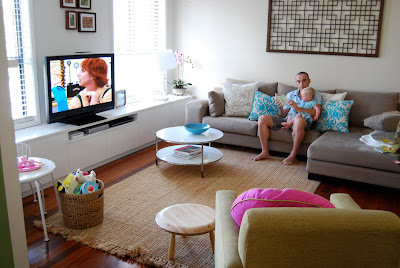 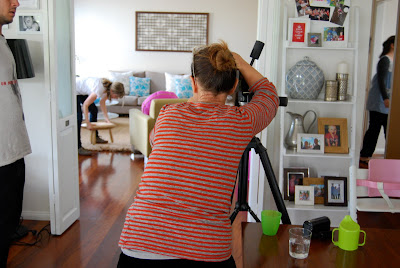 Here's a pic I took sneakily of some of the team checking the photos: 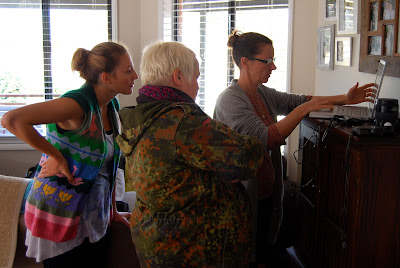 Fern was exhausted by this point, and I put her down for a little nap. Dan slipped out to buy lunch and we all feasted hungrily on Sushi!
After lunch, photos were taken of my bedroom and when she woke up, of Fern's room also. Louisa the stylist was awesome and made us instantly feel comfortable; it was easy to forgive her for the chaotic intrusion of our home!
I can't wait to see the professional photos and then the magazine at the end of the year. The whole thing still seems sort of surreal and its only the zillion or so Ikea items strewn about the entire house (waaaaaay to exhausted to attempt to clean up tonight) that remind us it even happened. We'll all be going to bed early tonight!
I'll be sure to share the professional photos once I receive some, and I'm sure I'll bore you all stupid with information about the magazine when it comes out!
Overall it was an amazing experience, and I can think of worse ways to spend a Saturday. Now... where am I going to put all the new stuff???
Thanks to Lesley for taking some of the behind-the-scenes pics, and for the yummy cakes!
Thanks also to Ikea for the amazing products, a summary of which I have barely skimmed the surface of in this post!
And to the team today... thanks. It was a blast!!
Have a great rest-of-the-weekend...
x
Posted by Bubby Makes Three at 7:28 PM