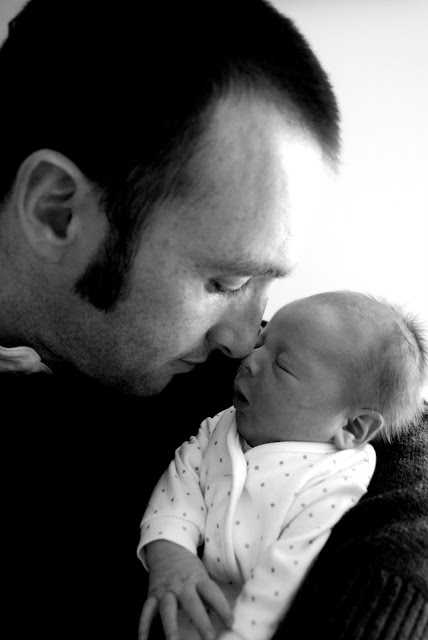 It isn't often that my husband surprises me. After 10 years, I like to think I know pretty much every nook and cranny of his personality, so he doesn't often say or do anything that really blows me away. But yesterday, he said something that really knocked my socks off. He's not overly sentimental, is Dan, he's a 'blokes bloke' who fishes and races his bicycle and goes camping and watches action movies.

But Dan told me, just casually over breakfast, that when Elliott was born, he had made a point of breathing in his son's newborn breath. That Elliott, brand new, to him was the epitome of perfection. He'd never eaten or drunk anything and was taking his very first breaths of worldly air. My husband wanted to smell that newness, in those first few precious moments of his life.

And I'm not sure why, but this really moved me! I would never have thought of doing such a thing, and I am a million times more sentimental than my husband. Or am I?

When has your man ever knocked your socks off with a rare display of sentimentality?
Posted by Bubby Makes Three at 6:00 AM