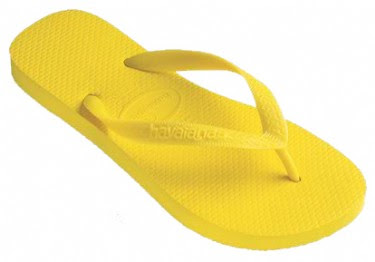 My husband works a lot, and when he's not working he's normally out riding his bike (he does every possible discipline of cycling). He's been quite sick of late, and last week he was away interstate... these are the reasons I am using to provide the only possible explanation for the rare phenomenon that occurred yesterday when he inexplicably (and entirely out of character) suggested we go to Chatswood. Shopping. Together.
My husband doesn't shop. The last time we went shopping together he whined incessantly, dragged his feet and tugged on my leg until I agreed to buy him an icecream. Nightmare.
So anyway, yesterday we went shopping. We ate lunch as soon as we got there, and sated with a stomach full of sushi Dan agreed to look after Fern for an hour or so while I wandered around the shops.
After we met back up, he proudly told me he had bought me a present. Suspiciously, I peered into the rather large bag and I believe the words "oh god, what have you bought me" escaped from my lips before I could stop them.
A bit of background.
My husband hates. HATES. thongs. or flip-flops. whatever we want to call them. For years, he's begged me to stop wearing them. Because I LOVE them. I believe over the years I have owned almost every shade of Havaiana, and I wear them all Summer Winter Spring and Autumn joyously. I'm not sure where his hatred of thongs stems from, indeed his own choice of footwear is more than a little dubious. I am reminded of a previous trip to Chatswood (Chase, mind you - you know, the posh shopping centre where high fashion is the norm and the only possible place on earth I force myself to wear something other than thongs) and we had been there a good hour before I noticed my husband had been quietly snickering into his sleeve. I couldn't work out what was so funny until I looked down and realised that he was WEARING HIS SLIPPERS - Hush Puppies, no less - in Chatswood Chase. And saw nothing wrong with it.
Another time, we were traipsing around the Reptile Park, where the dirty, scrubby terrain mean sneakers are the only suitable footwear and I discovered him wearing his $300 leather WEDDING SHOES.
You see? So anyway, back to yesterday's shopping adventure. The thing about Dan's hatred of my beloved thong collection, is that he has been fruitlessly buying me shoes for years, in the vain hope I might wear those in place of the other. He has not yet learnt that it will never happen. So, when I peered into the bag I waited to see what sensible, practical horseshoe he'd come up with this time.
And it was a pair of Birkenstock shoes. These ones, specifically: 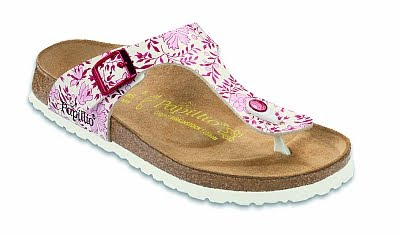 He was being thoughtful. But really? For starters, I've never really been a Birkenstock kinda gal, and even when they were high in fashion 5ish years ago I only ever had a fakey pair. I checked the pricetag and sighed. I couldn't keep the shoes, I knew I would never wear them and so I was forced to tell husband that although I much appreciated the sentiment, the shoes simply had to be returned. We went back to the store, and Dan waited outside while I lobbied my cause to the American saleswoman. She didn't hear a word of my pleas, they "didn't do refunds for a change of mind" (but is it technically changing my mind if I never had a say in the first place???) and I was forced to choose another pair on the spot.
After a few minutes of deliberation (smoke pluming from my ears) I begrudgingly chose these ones:

The smug saleswoman wrapped the shoes up and I left the store, forbidding my husband from ever buying me shoes again!
What would you have done? Would you have kept the shoes? Am I the world's most evil, ungrateful wife? What's Dan's problem with my Havaianas anyway - I could have gotten 6 new pairs with the money spent on the Birkis!
Posted by Bubby Makes Three at 6:39 PM