Yesterday - Sunday morning - as it turned out was just plain glorious.  And, after a long, cold, wet n windy Winter it felt like heaven. For me there is nothing like a beautiful, Sunny clear day to inspire me to get to action.

Yesterday was no exception. Before lunch (fish and chips on the beach with the kids frolicking naked, just because they could) we managed to have a bacon n eggs bbq brekkie, paint the front stairs and the door/ architraves of our ensuite, clean up outside, hang out two loads of washing and....... 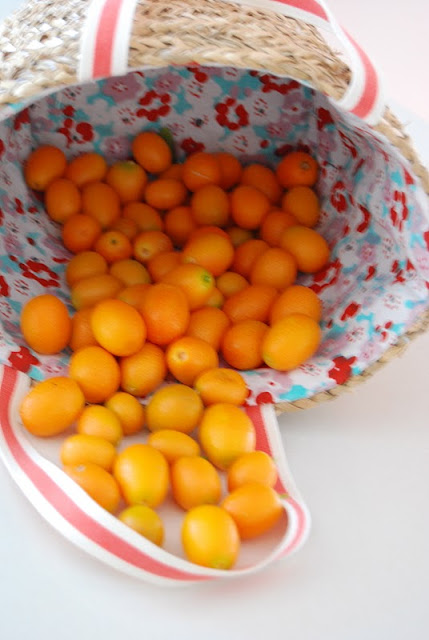 We have a wee cumquat tree I bought YEARS ago because I was into buying citrus. At the time, we lived on the slope of a mountain under the canopy of gum trees, and pretty much all of my beloved citrus eventually bit the dust. All except my cumquat -- sitting in its large terracotta pot in cheap potting mix, growing slowly but surely; holding on to dear life. When we were in transition between houses, it took up temporary residence at my dads place. After several months of neglect, it was loaded with our belongings into a moving truck and moved to our new house. Deservedly, it was released from its pot-prison and dug into the earthy soil.

And folks, that cumquat celebrated by taking on a life of its own!

I reckon my cumquat must be at least 6 years old now, and she's a beauty!

Every year my cumquat fruits with varying gusto; this year she's bursting at the seams! And for some reason this Sunday, my husband woke up and decided today was the day to make cumquat marmalade. Well, why not?

And so he did.

It's a fairly complex recipe. You need:

Dan used a recipe from Stephanie Alexander's The Cook's Companion, but Im sure there's recipes all over the internet. He insisted on collecting the cumquats in a little straw basket, the way he saw truffle hunters in Tuscany do years ago. I'm not kidding. I just took the pictures: 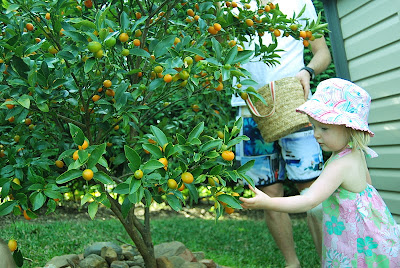 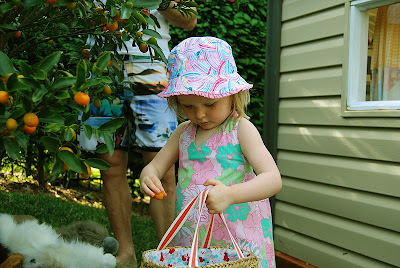 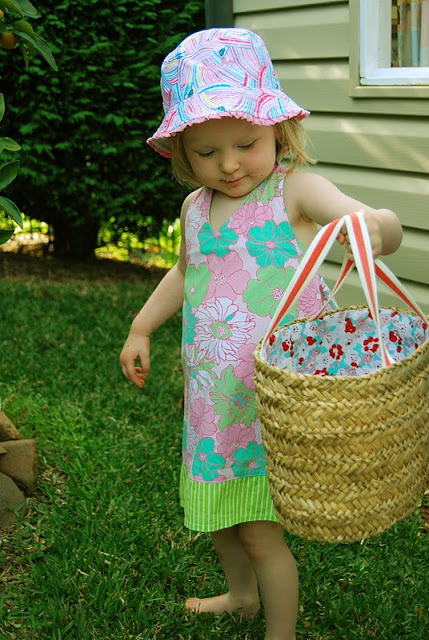 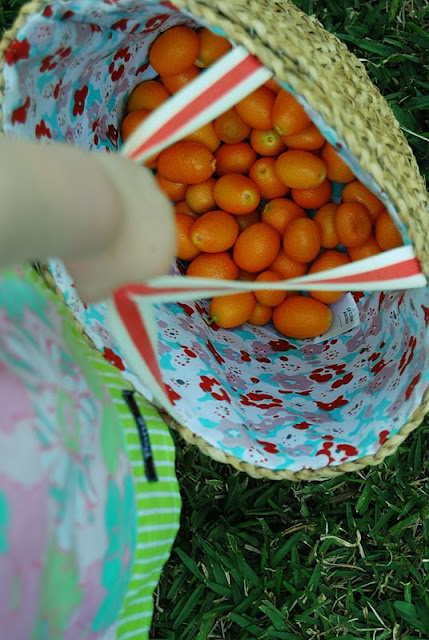 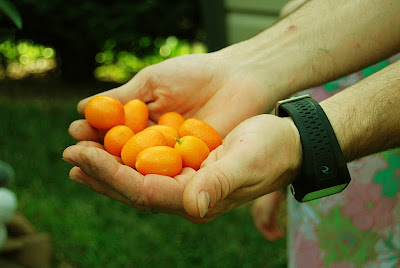 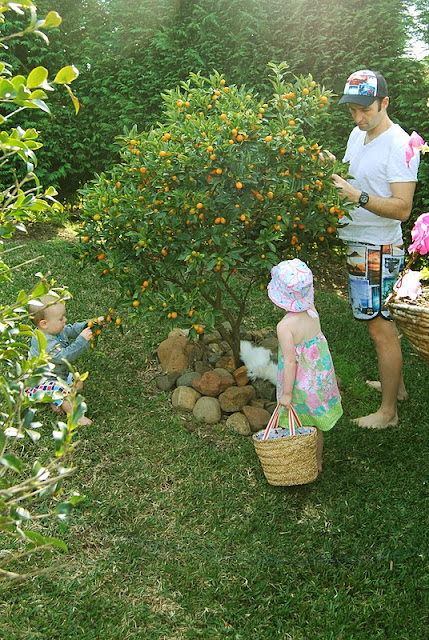 I was outside painting the woodwork (as you do) when the actual jam making took place... I think you are meant to soak the cumquats overnight but Dan couldn't wait that long. Ours were soaked for the better part of the day before they were put on the boil. I left Dan to feed the kids dinner while I went over to Coles to buy preserve jars (no, not organised enough to have a store-cupboard of empty jam jars). Our jam was placed in the fridge... we couldn't help ourselves: we made toast with marmalade for desert and it.was.delish. Just the right amount of tart along with juicy sweetness. I think I could eat it out of the jar with a spoon.

I remembered some preserve labels I bought years ago and hastily cut a circle of fabric for the lid like all the cool nannies do: 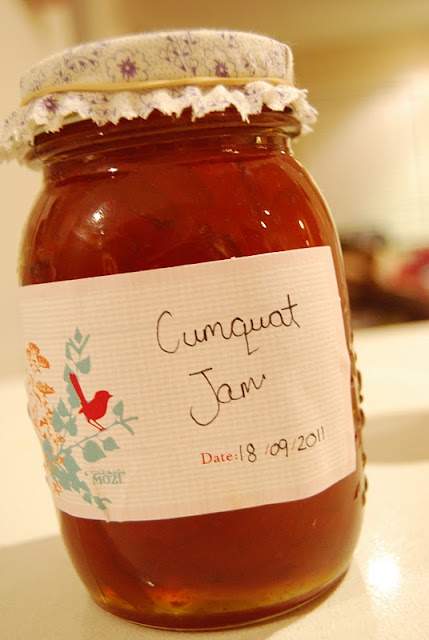 Cumquat jam, folks! I didnt even make it and I have a chest puffed with pride! Perhaps I'll host a high tea just to bring it out!

Now. If I can only get the lime tree to produce more than 2 limes this season. What will I produce with it?

Have you ever made jam? Is it on your list of things to do-before-you-die?

Have a lovely week!