She of no Christmas Tree....

This year, I have no Christmas tree. Nothing. Nada. Nothing with which to place presents under; nothing twinkling from fairy-lit branches groaning from the weight of glass baubles. No folks, this year my home is almost barren of Christmas decoration!

To be honest, I had serious misgivings about having a Christmas tree long before I dragged the box out while my son was sleeping at the beginning of December. When I pulled the bag of decorations out and onto the kitchen table, I felt nervous.

At the same age, I was able to wedge the tree behind two armchairs so that my daughter could look... but not touch. And it worked, for the better part. But I know boy-o better than that. The boy can leap tall buildings with a single bound; Ive seen him do it. And an armchair would be simply a launching pad to greater heights. No, short of suspending the tree from the roof there is no option to have it at ground and intact 5 minuteds later.

With apprehension, I added a few wayward felt decorations to the tree. Maybe I could get away with a minimal approach this year?

But I knew better.

And sure enough. Once sonny-boy awoke from his afternoon slumber he was like a bee to the honeypot. Decorations as far as the eye could see. Christmas lights wrapped around little neck.

Glass baubles - ones carefully brought back from Europe years ago - smashed into smithereens. The kitchen table, as it would turn out, was not high enough.

And the tree? Within 24 hours, knocked to the ground, decorations spilling under every piece of furniture.

So, I packed it all away. Call me a defeatist. But I could not think of what else to do!

But there was plenty I could have done of course, much more creative than the glass hurricane vessel of colourful baubles I've arranged on the table as a Christmas compromise. But how am I to lay the presents on Christmas eve out on the kitchen table under a hurricane vessel?!
I ask you. 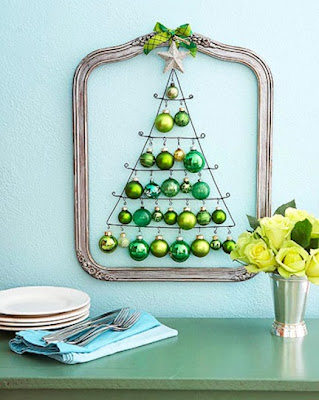 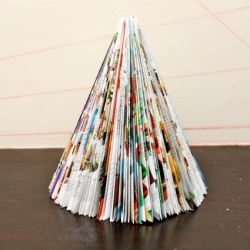 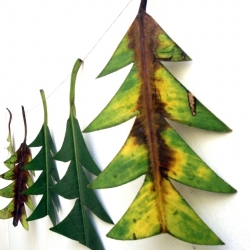 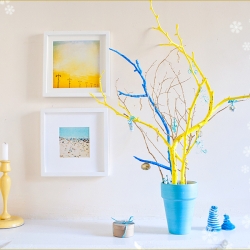 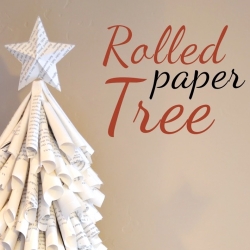 What say you? Do your young kids allow a Christmas tree to sit unscathed on your living room floor? Or are you forced to seek alternatives like moi? Do share!! xx