Hello to you... did you watch Kate n Will's wedding over the weekend? According to the media (who are never wrong) an estimated 2 billion people tuned in to the big event; a figure which equates to a third of the world's population, which to me seems a bit rich when you consider what is going on in some of the countries around the world presently....

But anyway - I put the kids to bed, kicked the husband out and brought out my secret stash of Easter eggs to watch the wedding in all its spectacle. I have to admit, I loved almost every moment... The trees lining the isle in that church. The ecstatic crowd. The beautiful music. And THAT dress.

No pressure on Kate. I mean, everybody stresses somewhat about what to wear to their wedding. Can you imagine facing that dilema knowing that every camera in the Western world will be pointed at you, scrutinising every detail to muse over for decades to come?

But I think most of us will agree the girl got it right... What an exquisite, regal, modern-meets-traditional gown it was. Let's face it, Kate is a stunning girl who may well have looked glam in a hessian sack. She was always going to wow the crowd, and wow she did. I loved the lace and that simple veil (layered over a deliciously un-simple tiara by Cartier!) and the detailing on the back of the dress leading to that beautiful train... the only thing I will say that disturbed me just the tiniest bit (and quite possibly I am the only person amongst 2 billion who feels this way) was the way the dress formed over her bust; at first I thought she was a bit 'nipply' at the front until I realised it was the way the dress was made. I don't love that cut, and if it were me (I wish!) I would have gone a bit more flat-across-the-front. That's just me. What did you think?

But THAT dress made me think about my OWN dress. And how it made me feel wearing it. And how I feel about it now... 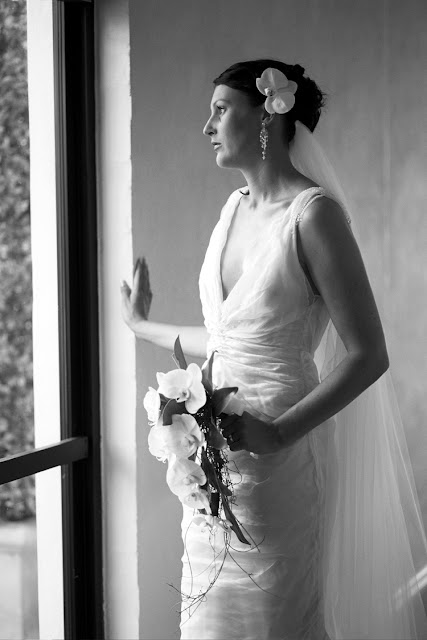 I got married almost seven years ago, back when wedding dresses were all tight-across-the-bodice strapless numbers... when I picked up my first bridal magazine, I knew I was in trouble. I am not overly 'traditional,' and whilst I thought those gowns were lovely, they didn't have me melting in my heels. My shoulders are not my favourite asset, I couldn't see myself doing strapless. Flick flick flick flick, these samey samey gowns weren't doing it for me. And I began to get worried.

I drove past the bridal stores, but their window displays didn't lure me in.

And then. I was flicking through yet another bridal magazine when an image caught my eye. In it, was a girl wearing quite possibly the most stunning dress I had ever seen. It was so totally unlike every other dress in that magazine and in that moment I was in. Love.

I rang the number listed in the advertisement. The lady I spoke to explained that they were a Perth-based bridal couture boutique. Great. Only a 12 hour round-plane-trip to buy my dress, then?! But luckily, they had plans to open up in Paddington, Sydney. I left my details.

A month later, I was on my bicycle halfway to Melbourne, dressed in top to toe lycra a million miles away from couture when the phone rang. The boutique was opening in Paddington, and would I like to make the very first appointment?

This was about eight years ago, but I clearly remember that first time I ambled down that narrow sidestreet in Paddington clutching the address in a bit of scrunched up paper. The unassuming terrace door yawned open and I stepped inside heaven.

Inside the terrace was a couple of racks with quite literally the most beautiful dresses I have ever laid eyes on. To this day. I whipped my clothes off and slithered into the first one. Half an hour later, I found the one. And in November of 2004, I walked down the isle in my Pallas Lolita gown floating on a cloud.

When I bought my dress, no one had ever heard of Pallas. And no one had ever seen the shimmery, luminescent crushed silk fabrics and cuts that adorned their dresses .Years on, they have established themselves are one of the leading couture designers in Sydney and tons of celebrities have sashayed down the isle in their gowns. Which kinda rocks my world as I sit here typing in my jammies, knowing that on that one occasion I absolutely got it right, and that all these years later I still love that dress and would pick it again tomorrow with no hesitation.

It was risque. It was risKY. It was the type of dress your grandmother would cluck disapprovingly at. And it was ME.

Here's a few happy snappys of THAT dress. My dress. 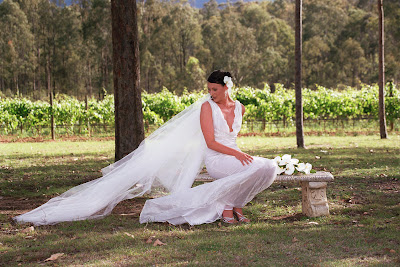 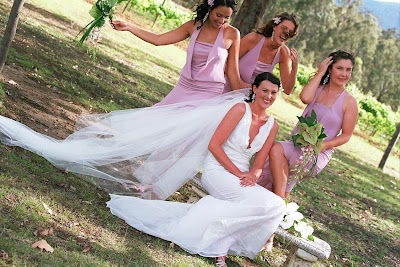 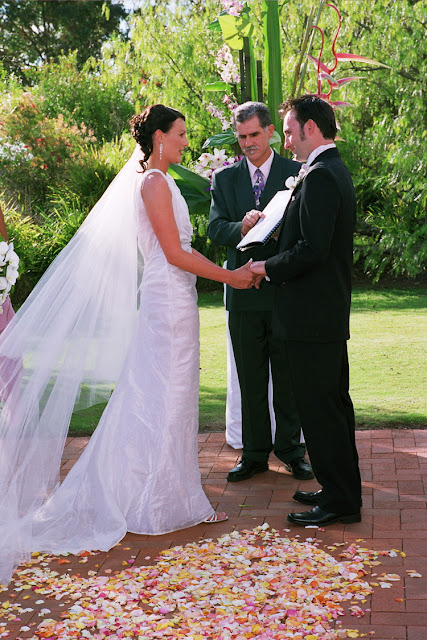 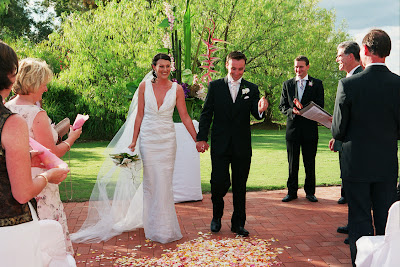 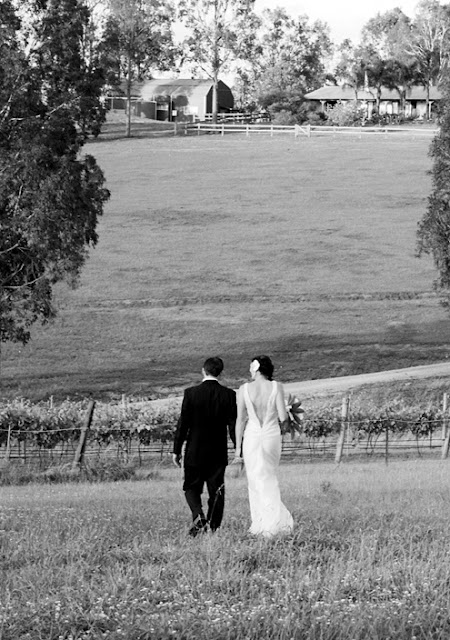 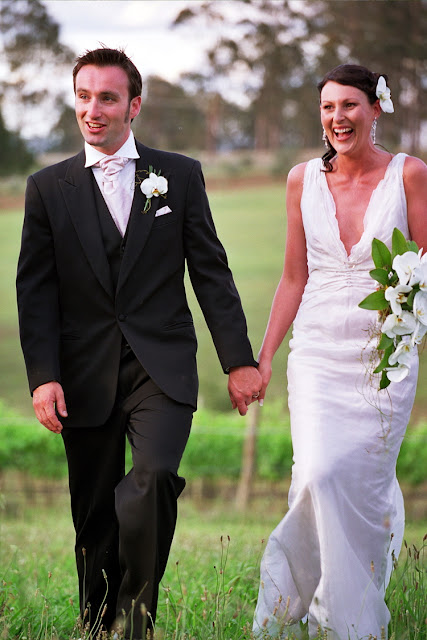 How do you feel about YOUR dress all these years on? Shall we toast the royal nuptials with a dress-off? Why not post and share YOUR wedding dress pics, then linkup below -- I'd LOVE to see your wedding frocks! x

Posted by Bubby Makes Three at 7:52 AM